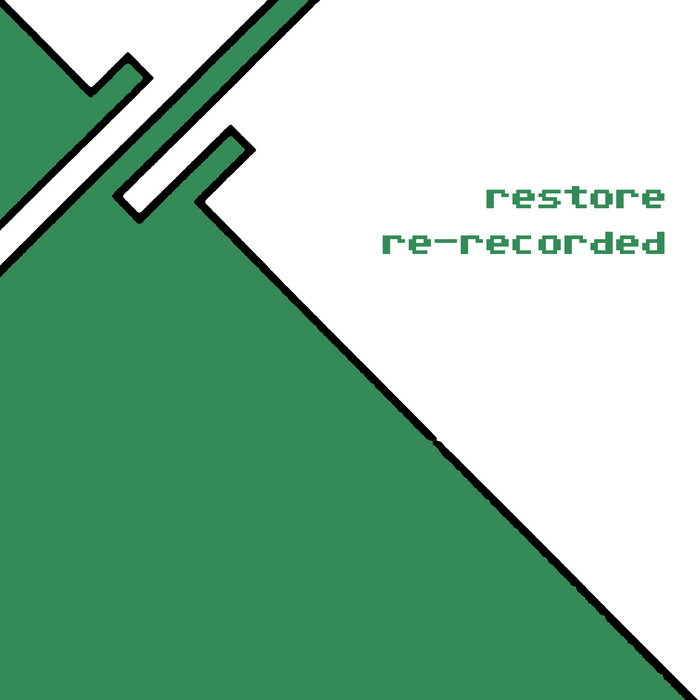 Painstakingly re-recorded and remixed. Originally released in 2004 as minus23. Wow what a difference :)

RESTORE is the solo debut from Windsor’s Marc Houle of Run Stop Restore. His new eleven track double-pack dives into a dark deep corner of melodic minimal grooved-up techno. Undoubtedly fueled by the golden age of synthesizers, Houle is captured by early 80’s synth pop and the underground-turned-anthem classics of Acid House. There’s also no doubt that the early years of minimal techno had their share of influence as well (‘Clock Width’ is a subtle tribute to Dan Bell) inspiring his own model of rhythm and resonance.

Houle is the pushing force behind Run Stop Restore (now a trio) and has a ferociously productive studio. Located in Windsor, where nightlife is still at best (well, for techno) he is working on new music nearly on a daily basis, if not for solo works, then ideas for future RSR tracks or his other project, the French-based pop band Raid Over Moscow. 2004 rekindled Run Stop Restore from its early beginning on the Detroit label Throw, by releasing the ‘Geometry EP’ in the spring on Minus and contributing to the Telegraph ‘Post Office 2’ collection. Receiving widespread appreciation with DJs from all walks, the stripped down minimal slap of RSR was back in action, now joined by Magda and Troy Pierce to make the unit a group effort.

RESTORE assembles tracks that he has been testing in clubs on both sides of the Atlantic this past summer, secretly exposed by select DJ agents traveling through Europe and the Americas. A few tracks on the record feature the vocals of New York’s Gibby Miller (Lit). Between recent rousing live sets in New York and Detroit this fall, Houle is developing and perfecting his live show (as Marc Houle) to support RESTORE in the coming months.